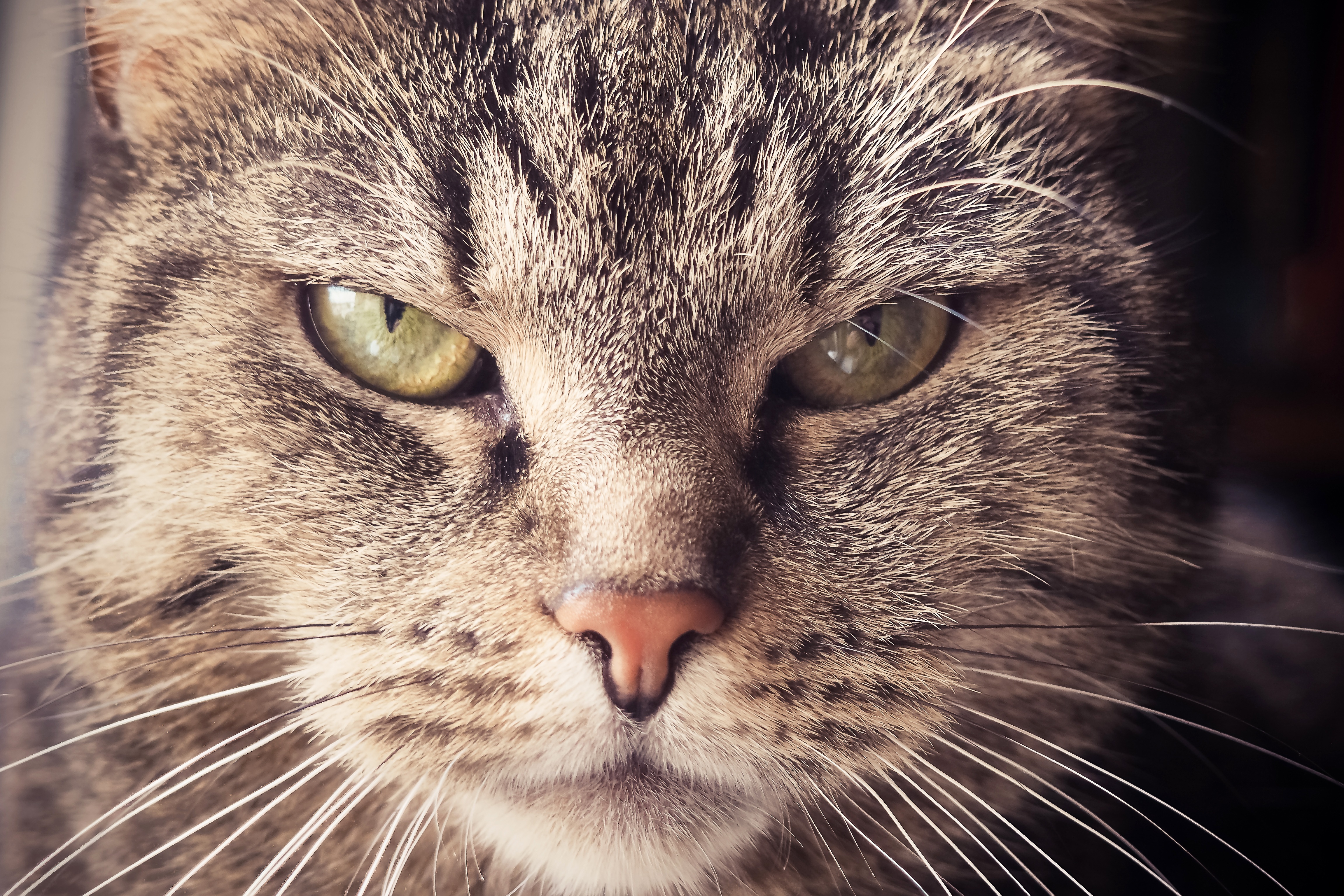 Caught 2 YFY on Thursday – fishing “solo” aboard my WellCraft Scarab that had just been reloaded with two 225 Evinrude Fichts (cost was $ 28,000, setup included).

When I got to the US Navy AUTEC buoy 10 miles offshore (a practice area for US Navy nuclear submarines, appearing on the surface from time to time) (The AUTEC buoy is in 6,000 feet of water). Robbie New (from Trinidad) from “Little Trick” was starting to fish.

For the first hour, all I got was a 2 pound cat, which I then used as bait.

Robbie was also unlucky, but we did see several 50 # YFT come out of the water multiple times, so he kept us looking forward.

He had seen a large YFT fly through the area minutes before, and was thinking he had him or his cousin, for sure. The line screamed and the fish sank deep. Everything was pointing to a YFT, but after about 10 minutes I saw a 25 pound shark on my line, hooked directly into the mouth with the circle hook.

Leaving the shark in line on the rod holder, I sat down to take a drink of water, from a gallon plastic jug in my cooler.

Let it go, I thought to myself. But then I remembered how many YFTs I had caught using sharks as bait, and went to take another look at it. It was a good 4 feet long. Usually too big to bother me, but the fishing was slow and I decided to take it.

Even though I knew it would wallow like crazy when I screwed it up, I decided to do it, but I missed my 5 foot long fishing box and watched it go crazy on my deck, as I rushed to slide it inside. 2-1 / 2 foot deep fishbox from Scarab.

At 12 noon I switched from “squid” to fresh cat as bait on my three sticks. By now the shark was dead so I dragged it to the stern and started filleting it, throwing bits and pieces of shark meat overboard, with a lot of blood washed overboard with my saltwater wash pump through of the helmet.

Fillet one side of the shark, I took the skin and cut it into 5 pieces, and pierced the side. All the time, washing blood and guts overboard. I cut the giant shark liver into small pieces and watched them float to the surface, as I slowly made my way towards AUTEC Buoy.

Within 5 minutes of cutting this shark, the bow line shot up – “screaming”. This time I knew it was probably a YFT. The fish had reached the 80 # trilene test line on a 5-1 / 2 foot tuna pole from Palm Beach, held in a Perko side mount pole holder.

I immediately scrambled to find my playmate harness and belt. Several times the YFT would stop its run deep, and I would roll the line quickly to make sure there was no slack in the line, and I would smile when I felt its weight back on my pole.

But, it was 95 degrees in the sun, and I was about to take advantage of something in 8 years of YFT fishing (and over 350 caught and landed) that was going to make this not just any day out on the water.

After lifting the wand and putting on the harness, I began the slow process of coloring it. I was grateful that I had chosen the rod with the 80 # test line, as the other two reels (Shimano graphite and Penn 30W) had a 50 # Trilene (Big Game) test line, and battled a YFT on the test line 50 # is completely different ball game.

Fifteen minutes after the fight, my thumb (on the reel) had a terrible cramp and actually stuck to my palm. I couldn’t understand why this was happening, but I kept going, trying to shake off the cramp.

A few minutes later, the cramps spread to my forearm, then my biceps. I weigh 220 pounds, a former All American High School swimmer, and a 4-time New York State gold medalist, so I had been through hard workouts, but this was something I never dealt with.

Even my legs were cramping. There was no wind, there was no cover from my bimini top, and it was 95 degrees in the shade. It all added up to one thing: “Heat exhaustion.”

To cool off, I tried getting into a 5 gallon bucket of salt water, but this didn’t help one iota. My feet were too big for the bucket, too.

Plus, I was getting unusually tired, FAST. HEAT EXHAUST had settled in and challenged me like “The old man and the sea.”

It took me 55 minutes to land this 70-pound YFT, but I finally got it in the boat. Boy, was I relieved.

I usually wash all the blood out of my boat immediately after landing a fish, but this time I went to the stern, turned on the saltwater pump, sat on my cooler, and let the saltwater run over my head for 5 minutes. I also finished about 3/4 of that gallon jug of water.

As I slowly headed back towards the Captain. Robbie’s “Little Trick”, the fresh air hitting my Toronto Raptor NBA jersey (# 14 worn by Vince Carter) made me feel so much better, but it still wasn’t 100%.

By the way, you may want to buy one of these NBA jerseys at some point. You will know why the NBA uses them. They are 1000 times cooler than any cotton or other material. I also have a # 34 Laker. My favorite.

I greeted the captain. Robbie, as he slowly passed her stern, and he yelled, “I thought you were fighting 2 YFT, you were gone so long.”

Anyway, I set up again to try another (YFT).

I am now using pieces of white shark on all of my hooks and slicing with the fresh shark, as the lines are released.

About 45 minutes later, the stern line shuts down, screaming. This is my Penn 30 International no leader and Trilene 50 # line, no twist. Christ, I thought to myself, why did this fish do this to me?

This was to be a whole new “ball game”. I’m going to have to be “soft” on the drag, or he’ll bite through the trilene or pull the hook.

As it turned out, I finally got this YFT to color after over an hour. I experienced the same cramps as before, and at one point, on this fish, I thought to “give up.”

It wasn’t the fact that I get $ 6 a pound for the steak (from my restaurant friends) that kept me at bay, but the idea of ​​slicing a YFT was out of the question.

After tricking this 70 # YFT and throwing him overboard, Robbie (who stayed until 7pm and didn’t catch a single one) waved me over and I said hello, saying I was going home.

Take a break and check out these photos from the sixth annual Billabong Fishing Tournament held in Nassau, in the sunny, duty-free Bahamas.

The second of three 5 consecutive days in the Red Rooster III’s summer program once again provided excellent fishing for its passengers. Chuck Melber of Agoura CA led the way with an 84.1 lb. bluefin tuna for the top prize, followed by 79.8 lb. bigeye for Justin Christensen of Newbury Park CA and a 73 lb. Bluefin tuna for Joe Stickles from Orange CA. “It was a consistent good deed throughout the trip,” noted Captain Andy Cates. “Some days seemed wilder than others, of course, but looking back at the trip, I’d say there was constant good fishing all the way.”

The trip fished to Guadalupe Island in search of an excellent grade yellowfin, but the albacore closer to home marked the limits of the long fins and also a good shot of the larger bluefin. “We had some really exceptional moments,” noted co-captain Jeff DeBuys, “but none

as surprising as Justin’s second-place jackpot bigeye. When we got that puppy to color, we knew we had found quality fishing for our boys. It was definitely a remarkable fish, and in the end it added nicely to our trophy bluefin tuna count. “This, combined with the quality size albacore everyone had, gave the Rooster another one on his long series of exceptional adventures. long range.